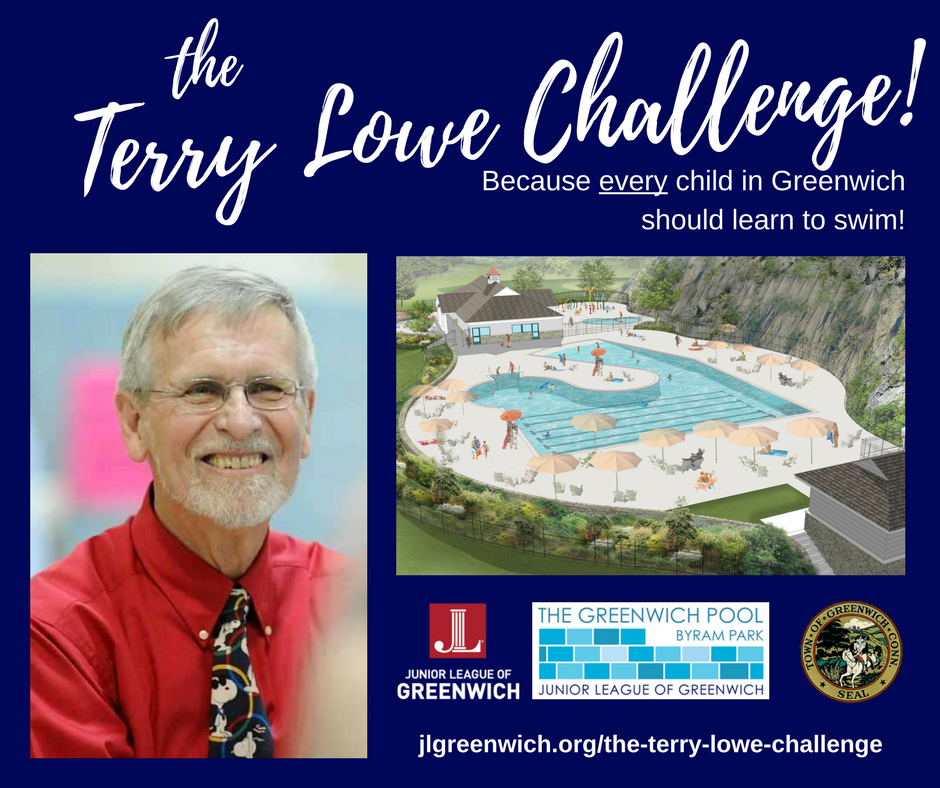 Terry Lowe has been an indelible presence in the Greenwich swimming community for 50 years.  He has coached and mentored countless children as a swimming and water polo coach.

Terry believes that every child should learn to swim.  The Greenwich Pool in Byram Park will provide a place for all Greenwich children to acquire this skill and build summer memories with family and friends.

To recognize and celebrate Terry’s contributions to swimming the Junior League has created the Terry Lowe Challenge to name the main pool in Terry’s honor.

Jump in and join Terry in helping to build a  new community pool!